The Stephen Petronio Company Goes Into the Wild

The Stephen Petronio Company Goes Into The Wild

Excerpt from The New York Times:

When asked to “be nuttier,” the dancer Emily Stone hesitated. She was rehearsing a section of Trisha Brown’s 1979 “Glacial Decoy” with guidance from Stephen Petronio, who wanted to recapture the full abandon of the original, or at least his memory of the original.

“Try making a sound when you do it,” said Mr. Petronio, who never danced in the work but had seen it countless times in rehearsal and performance. Ms. Stone flung her arms out in front of her, letting them jangle along with the vibrations of her voice. What had looked tentative a few minutes ago now looked electric, a little cyclone sweeping through the studio. Mr. Petronio approved.

Members of the Stephen Petronio Company are no strangers to turbulent movement. For over 30 years, Mr. Petronio, 59, has been making brash, hyperkinetic dances that demand precision, attack and a sense of adventure from his dancers. Two of his works, “MiddleSexGorge” (1990), created in response to the AIDS crisis, and “Big Daddy (Deluxe),” a new piece inspired by his father, are on the program for his company’s annual Joyce Theater season, which opens Tuesday, March 8.

But “Glacial Decoy,” the program’s centerpiece, calls for a different kind of wildness: something more slippery, more released. It’s a quality that Mr. Petronio, as a former member of Trisha Brown’s company, knows intimately. 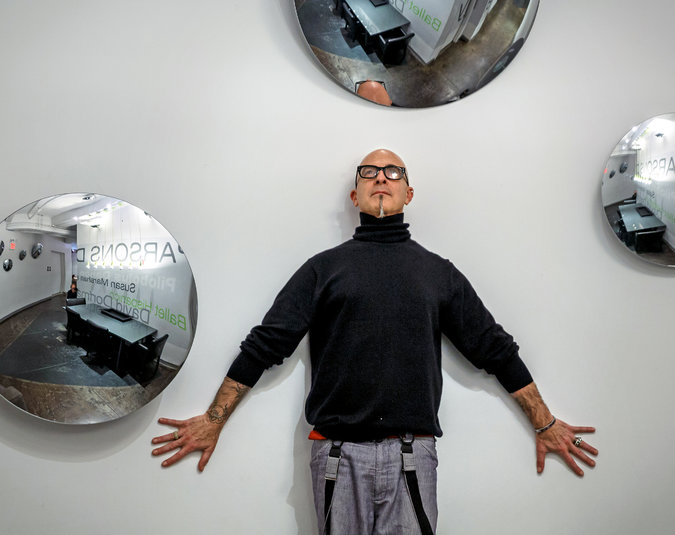